At the end of June we installed a new bee house at our research apiary, which will house a few hives and other equipment needed within the apiary.

A modern beehive provides a secure and weatherproof container to protect the colony. Why then keep beehives inside a building, like the bee house?

For a research project it requires many colonies, presently there are approximately 40, both solitary and honeybees hives.

Beekeeping, of necessity, involves regular inspections at 7-10 day intervals throughout the main part of the season. These inspections involve opening the hive and checking for disease, for evidence that the colony is developing as expected 2, for adequate stores and space, and for the telltale signs that the colony is thinking of swarming.

Since these inspections involve opening the hive the weather needs to be at least half-decent. Heavy rain, low temperatures and cold winds make it a less than pleasant experience – for the bees and for the beekeeper.

That’s not a problem if you have the luxury of being able to pick and choose days with benign conditions to inspect the colony.

But we don’t have that luxury.

The hives in the shed are available to be used for research into diseases that are major threats to colony health.  We therefore must be able to open and work in the hives through the season irrespective of the weather, at particular times and/or days of the week. Our apiary is near the south coast of Ireland. If it’s chucking it down with rain, blowing a hoolie, really cold or a combination of these (not unusual), then not only is it unpleasant for the beekeeper, but it’s also unpleasant for the bees and they let us know about it

History of the Honeybee Hive

These are the origins of modern beekeeping and the IBCP project.

Wild bees were a feature of the forest and over the millennia bees were then kept in straw skeps for both medicine and food. In the late 1800s bees were housed in wooden boxes called hives. Work undertaken by L.L. Langstrough  an American clergy man discovered the “bee space”, a specific distance between wooden frames that holds the wax honeycomb. This discovery led to the beginning of modern managed beehives.

The first wooden hives in Ireland were the CDB hives developed in 1894 by the Congested District Board and were double walled hive. In more modern times, a singular hive has been developed in Europe. However, this is not always suitable to Irish conditions due to our very wet climate which causes stress on honeybees.  The bee house is used in many parts of Europe and is a help in keeping bees stress free.

Bees need the least amount of interference as again it creates more stress. The beekeeping season runs from mid-April to mid-August. Inspections are necessary to check for disease and honey build up. Swarm control may also take place, however some beekeepers will let natural swarming take place.

Ireland’s native honeybee Apis melifera melifera is the purest of the black species left in the whole of northern Europe, this bee is also known as the black or brown bee. Genetic research confirming the purity of the species was carried out by LIT and NUIG. A paper was published on the results by Jack Hassett, Keith Browne, Prof Grace McCormack and Dr Liz Moore.

In 2018 a research project under the genetic resources fund was established in Dungarvan to establish if this bee was able to coexist with the varroa mite that had caused devastation in Ireland since an illegal importation of bees in 1998.  The research program was headed up by Dr Ciaran Geoghegan and an apiary was established for testing and research.  Part of the apiary bees were housed in a bee house.  Bees were monitored and selection of bees were selected for hygienic behaviour and liquid nitrogen was used to freeze approximately 100 cells and frames, which were marked and photographed.   Within 48 hours they were re-examined and photographed again.  A percentage of the behaviour was noted for each colony and repeated on a number of occasions.  This work was done by Pat Deasy PJ Curran, Robert Anthony and Mark Newenham.

The Irish Bee Conservation Project was created from this project in 2019 as it was felt that supporting bees in the wild was the only future. It was decided to prototype a bee lodge so IBCP was created. Bees and pollinators are being challenged and IBCP will be a voice for these pollinators. 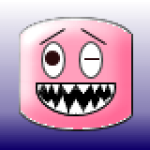